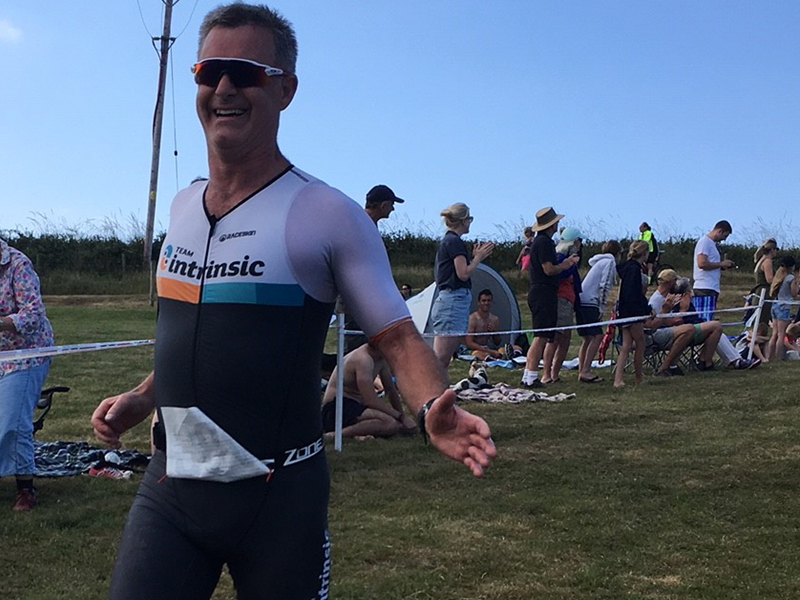 He completed the Olympic distance course in 02:27:52.7 to achieve a top three category and gender ranking. Moreover, Matt shaved more than 4 minutes off the previous year’s finish despite getting snarled up in traffic and a minor mechanical on the bike.

“Pollution and sustainability pose growing challenges for the property sector: more than half of the global population live in cities and this figure is expected to increase to 66% by 2050. These urban dwellers contribute around 75% of global pollution. At IFE we are committed to best practice in the built environment as the sector strives towards sustainable development that enables the planet and its population to thrive.”

Matt finished the ‘stunning and savage’ course in time to enjoy the friendly rivalry between younger brother and guest Team Intrinsic triathlete Jon Cox who celebrated a new course PB of 03:24:23.6 a few minutes ahead of Chris in 03:28:22.3.

Back safe from a great weekend in north Devon. We warmed up for Sunday’s event playing table tennis, surfing, paddle boarding, and checking out the local eateries the day before with Intrinsic FE director Chris Roberts and Team Intrinsic guest triathlete, my little brother Jon Cox.

On the whole race day itself went well. I shaved over 4 minutes off my 2018 finish and was only just outside my course PB the year previous. My swim was solid in good conditions, and again not far off 3 minutes quicker than last year. Maybe that had something to do with it being Shark Awareness Day as well!

The bike started well, and I felt pretty good as I grew into it. However, on the fast section on the main road I got held up behind some traffic, which was frustrating. And just before T2 I had a mechanical coming up the last hill, which meant I had to jump off and just pull the chain out.  Nevertheless, still as quick as last year’s cycle and my legs felt good going onto the run. I was aware of someone who’d overtaken me after my chain incident – they were my wave too so T2 was quick.

Family rivalry across the line

I put the burners on for the first mile which is largely flat to try and get a gap. From that point it was a case of digging in and enjoying the spectacular run course, and spectacular hills! I slowly caught people from earlier waves all the way through the run, and I felt pretty good until the last 2km when I really had to grit my teeth to make sure l finished well. Once again, an amazing race in an incredible place.

It was then a case of waiting for Chris and Jon. I knew that they weren’t separated by too much on the bike despite Chris starting two waves earlier. I got some live times from the run start and realised it was just 6 minutes separating them on course. Knowing both of their recent times I knew that they would be close. Chris came over the line first, but Jon wasn’t far behind and close enough that his time was quicker. Those two both put in awesome performances on a difficult course, and it was good to watch the competitiveness between the two of them come out … obviously runs in the family! 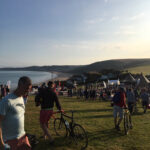 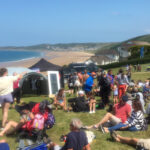 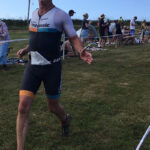 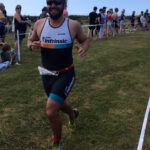