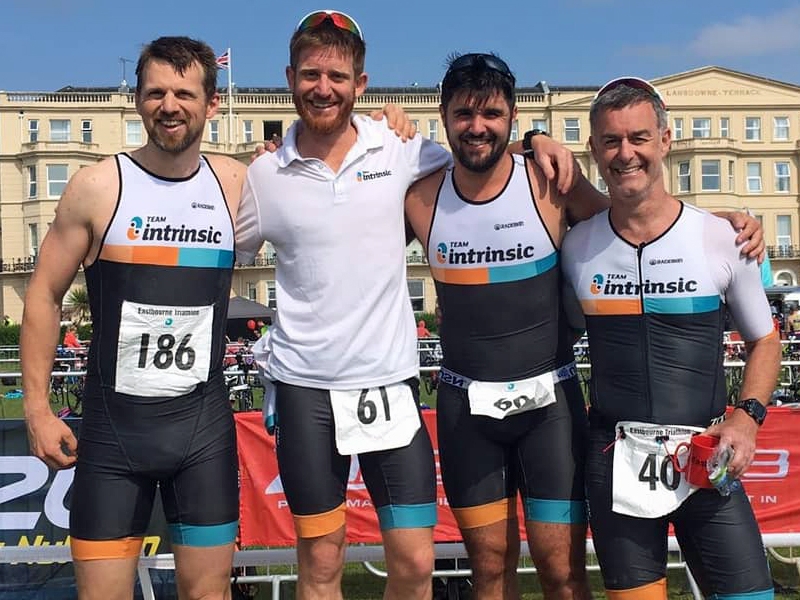 Team Intrinsic’s Matt Cox has chalked up another victory at the award-winning Eastbourne Triathlon, coming first in his age group (21-39) and fifth overall after the elite athletes in a time of 1:09:04. His success marks another great result as the team builds fitness and form ahead of the JLL Property Tri.

The Intrinsic-sponsored athlete placed second male overall in the individual sprint event against a quality line-up of competitors. Despite narrowly missing fastest run of the day by just 10 seconds from the ultimate event winner Thomas Davis, Matt leap-frogged the field to finish two places up on 2017.

“This is one of the best courses around, especially at the sprint distance”, reflected a jubilant Matt. “What’s more because it was my third time, transition, set up and warm up felt relaxed. The South Downs and Beachy Head make it a tough race, so I’m pleased with the crucial seconds I gained on my cycle and run; the bike course is a stunner. I’ll be back next year for another crack at the podium. In the meantime I’m looking forward to challenging the rankings at the JLL Property Triathlon later this month.”

Fellow teammate Ben Richards joined Matt in the top-20, completing the award-winning course in 1:19:26 and fifth in category. Intrinsic’s MD Chris Roberts followed in 1:28:58 ahead of guest athletes Jon and Julian Cox in 1:34:00 and 1:45:58 respectively.

The 32Gi Eastbourne Triathlon won Triathlon England Event of the Year 2017 and features a 600m sea swim, 17.5km cycle and 5km run. Moreover, it is a firm favourite with the team which has its roots in the town. “As Intrinsic’s ‘home’ race, it’s a great season opener for us in terms of big events”, explained Managing Director Chris, “and we’re proud to have competed every year since it started in 2016. Moreover, we’ve got the home advantage of access to world-class performance triathlon coaching through Team Bodyworks which is based locally.

“The South Downs and Eastbourne provide a stunning backdrop for the course which attracts elite and ‘everyday’ triathletes alike” continued Chris. “Furthermore, it generates a tremendous atmosphere and is well marshalled and supported by a great team of enthusiastic volunteers.”

The beautiful venue of Eastbourne played host to the first big race of my season. The Intrinsic ‘home’ race was a significant goal for me this year, coming just after my university deadlines. It was a good excuse to let off some steam and race a hard sprint triathlon. Not to mention it was also a good excuse to spend quality time with friends and family on the ‘Sunshine Coast’.

Saturday started with a team swim recce for the team, checking out some tricky currents going towards – actually mainly away from – the first buoy on the swim. We followed the swim with a bike recce which obviously saw us having a bit too much fun on the downhill sections … boys will be boys!

Sunday morning dawned with good conditions and considerably less chop in the sea to previous years so good times. That said, I do love a rough sea swim. With it being my third time at the race, transition, set up and warm up felt very relaxed and before I knew it I was lined up at the front of the swim. I found myself just behind local Team Bodyworks xtc who I knew were quick and strong swimmers.

Diving into the water felt good straight away. Despite temporarily losing my new ‘Elvis’ goggles and a fairly physical and hard swim against currents, I came out of the water in the top 10 swimmers. Fairly happy with pace and position at this point.

The bike course is a stunner and I love it. I gained a few places on the zig-zag ascent from Eastbourne onto the South Downs. Thanks to some fast riding and even faster descending I caught up with a small group at the bottom of the Beachy Head Hill climb where I let rip. I really pushed the climb as hard – but controlled – as I could and took 5th place. However, a small mechanical glitch at the top cost me a valuable 20 seconds. Racing back down to Eastbourne is always good fun, but I got caught with my closest competitor behind a refuse lorry which considerably slowed our descent before it was safe to overtake. Very annoying for 8am on a Sunday morning!

Despite really pushing on the bike, I came into the run feeling a million dollars and just missed the fastest time of the day by 10 seconds from event winner Thomas Davis. Unfortunately my run still wasn’t good enough to catch up with the next athletes and get me onto the podium, which was my goal.

Nevertheless, I’m incredibly happy to have placed 5th overall considering the quality of the boys and girls around me. And I was chuffed to win my age group (21-39). It was also great to see local Paralympic Legend Joe in action and handing out awards at the end.

A great tough race which I think is one of the best courses around, especially at the sprint distance. I’ll be back quicker and stronger for another crack at that podium next year! 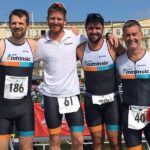 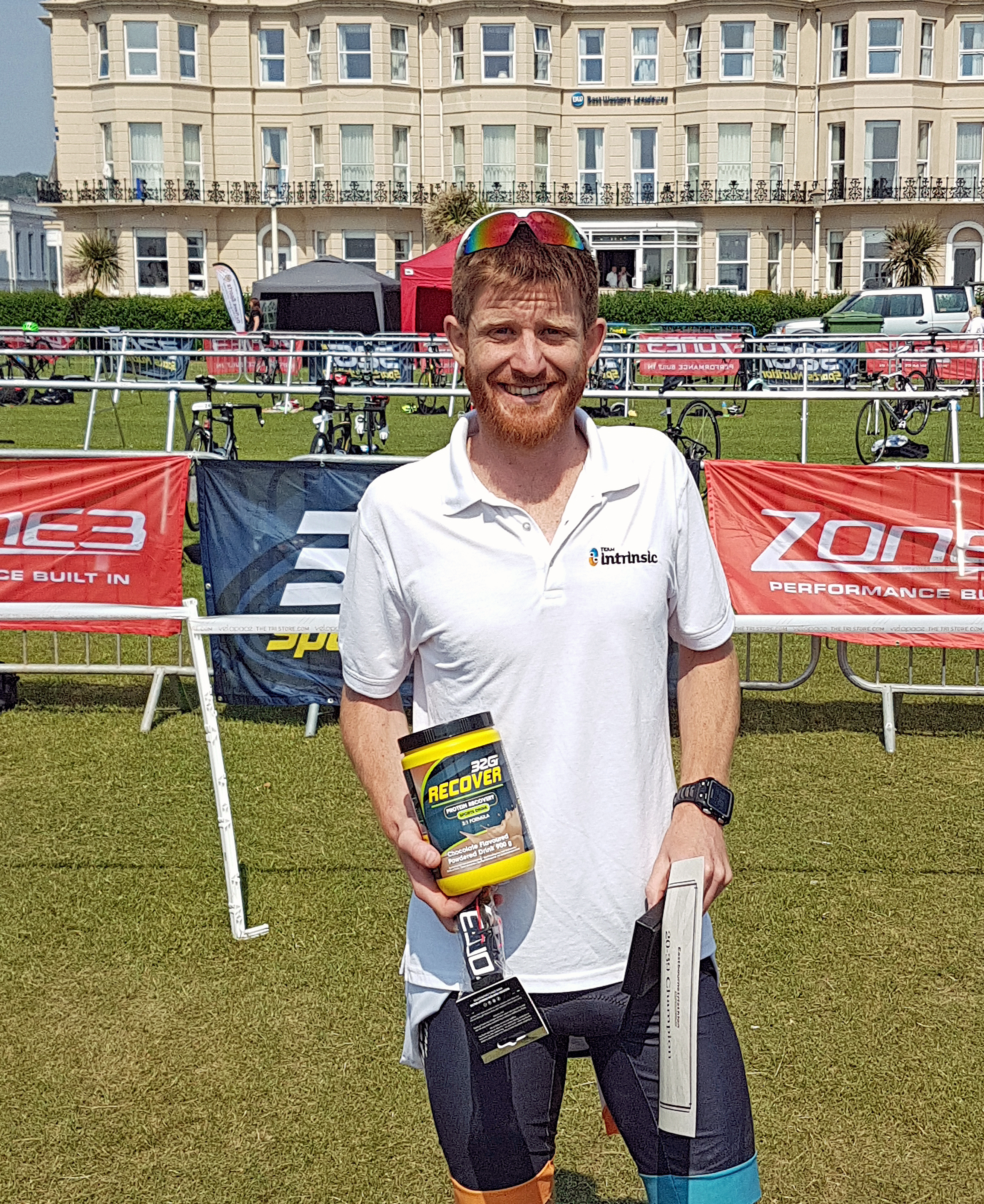 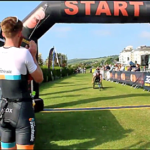