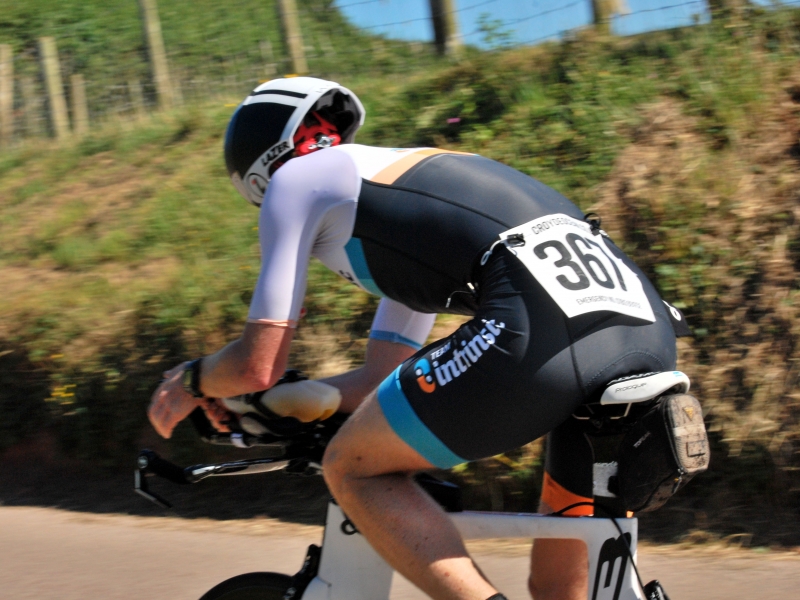 Team Intrinsic’s Matt Cox made waves at the Croyde Ocean Tri with a second place podium finish adding to his string of recent season successes.

Matt completed the Olympic ‘plus’ course in 2:25:15.0. His finish was all the more impressive coming less than 48 hours after an 8th overall placing in the JLL Property Triathlon at Eton Dorney.

The Croyde Ocean Triathlon is slightly longer than a standard Olympic distance triathlon. The sea swim and cycle route are 1.5km and 40km, but the off-road run is 12km. The route is extended by 2km to take in the headlands of Down End and Baggy Point.

Matt’s brother Jon joined him at the event as a guest athlete for Team Intrinsic. Jon finished the demanding, hilly course in a respectable 3:31:24.2.

Matt will compete next at the AJ Bell London Triathlon alongside Chris Roberts, Intrinsic Facilities Engineering MD. Chris goes into the event in top form himself, having set a new course PB at the recent JLL Property Triathlon.

Double race weekend for me, and a brilliant weekend to boot … good weather, course PBs, podiums and a cheeky surf!

Friday dawned perfect race weather for the highlight of Team Intrinsic’s competitive year – the JLL Property Triathlon. This is always a welcome chance to catch up with industry friends and colleagues over some pre-race banter, hard racing and post-race refreshments. You can’t ask for much more in a day out!

Part of the great appeal of the JLL Property Tri is its spectator-friendly location at Eton Dorney. Here, spectators can get close to the course and enjoy great views of competitors whilst shouting encouragement and abuse in equal measure!

As a Team Intrinsic ‘young gun’ I’m in one of the day’s last waves, so consequently I can enjoy watching colleagues race first. Chris Roberts quickly emerges on to the bike leg with a massive smile on his face as he tests out a new disc wheel. It’s safe to say he’s a fan as the smile gets bigger with every lap! Chris continues to look solid throughout the run, finishing finally with a new course PB (1:15:49).

Ben Ferguson continued Team Intrinsic’s good form with another PB finish of 1:32:48. Most noteworthy, it’s an 18 minute improvement on his 2016 race. Ben Richards kicks off the afternoon with a 1:10:10 finish – yet another course PB for the team. The gauntlet is down, but I’m feeling relaxed and looking forward to getting in the water.

The race starts in a flurry. I’ve positioned myself at the front and middle for the first time and soon find myself clear of the main pack. I try getting onto the toes of a Legal & General athlete who has led our category’s swim for the past few years. I get them for an instant but can’t hold.

I exit the water in third and quickly head to the extended transition area. After a brief shenanigans with a shoe, I quickly get into a rhythm on the bike and take the wave lead. The bike feels amazing and I get quicker over the 4 laps.

After another extended transition, I hit the run with a healthy lead on my wave. Finding a steady rhythm, I don’t bother looking at my watch until the turn point. I’m feeling good in my legs (not so much in my stomach), and the cheering of Team Intrinsic pushes me on to a strong finish. I just about manage to keep the contents of my stomach down, but in a time of 1.05.57 and 8th individual overall. Chuffed!

Following a pit stop at home in Somerset, I headed to North Devon for the Croyde Ocean Triathlon. I arrived in drizzling rain and high winds, and given the choice of riding the bike course or surfing, the surf wins. I caught up with little brother Jon who was guesting for Team Intrinsic, and we relaxed over a local beer and debate the height of the waves.

We woke on race day to crystal clear blue skies and only a breath of wind, but 2-3ft clean waves and a swarm of jellyfish. As the first few waves of competitors went off, we joked about how difficult they were making it look getting to the first buoy.

The joking stopped as soon as we hit the first decent-sized wave and witnessed the field of athletes blow apart, with people knocked backwards and under the surf. It took just 10 seconds to realise it was going to call for more than just swimming to get out. So with a mixture of dolphin dives, head-up swimming and the odd stroke of breaststroke I make it to the first buoy and settle into a rhythm. I made my way through the field, trying to ignore the constant touching of jellyfish, including a few straight to the face!

After bodysurfing in, we had a long run up the beach and a steep access path to the first transition, before grabbing the bike and heading out. The bike course was a dream for me: hills – and plenty of them. Short and steep, long and steep and some fast descents along with some more technical ones, it was a proper test. I felt awesome, passing people constantly so that at the turnaround I was 6th, including the earlier waves.

I started to look out for Jon and saw him about halfway back with a massive smile on his face and a thumbs up. Swimming is his weakest discipline, but he loves the bike so was in his element. As I climbed the last hill to transition I was in 3rd place, but about 2 minutes behind both leaders. I was confident that I could pull some time back over the 12km trail run.

I set off at a good lick and felt fine until we hit a huge uphill from Croyde to Saunton which seemed to go on for ever. As we reached the peak and started to descend I moved into 2nd place. given encouragement from the runner I passed. I continued to push but my legs were starting to feel tired, and as I jumped down onto Croyde Beach I spotted 1st place about 2 minutes ahead. At this point I was less optimistic, knowing we still had to climb Baggy Point, but I tried to keep the pace up.

By the time I reached Baggy Point, I was cursing my brother for signing me up to this event. The sand from the beach had sapped all energy from my legs. But it was a case of man up and get on with it, so after a couple of jelly beans I pushed on, finishing in 2nd place overall in 2:25:15. I was a little over 3 minutes behind the very worthy winner, local lifeguard Jack Hutchens.

Jon at this point was tackling the massive climb to Saunton and regretting his lack of run training. But in true Team Intrinsic spirit, with a smile on his face and “the longest two kilometres of my bloody life” behind him, he cruised into the finish in 3:31:24 to enjoy an athletes’ breakfast of a pasty and a can of coke.

We chilled, rehydrated and applauded more athletes across the finish line. By now the day had turned scorching hot, so with the surf calling we plunged in with tired arms and very tired legs. What a race though – the event’s headline is ‘Stunning & Savage’ and I couldn’t agree more! 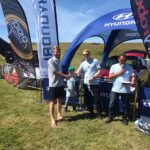 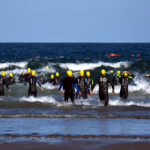 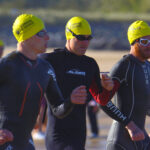 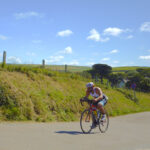 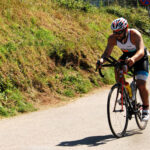 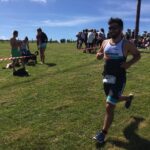