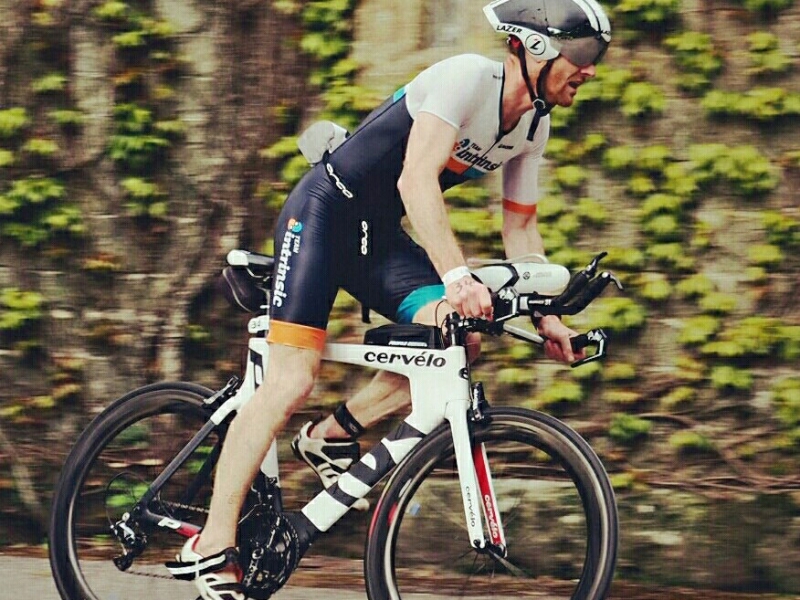 Team Intrinsic’s Matthew Cox timed his winter training to perfection and finished second at this year’s Immortal Mega Sprint Stourhead. Matt laid down a solid all-round performance at the iconic venue to complete his first triathlon of the year in 1:40:25.

The early season victory marked a hat-trick for the newly-wed triathlete and bodes well for Intrinsic at June’s JLL Property Triathlon: his success follows a win in the Maverick Innov-8 Somerset in addition to an inaugural course record at his local parkrun.

The Mega Sprint Distance triathlon combines a 900m lake swim, 18 mile ride and 4.5 mile run, and despite his 1:44:50 finish, Stourhead was a challenging season-opener for Matt.  “I’d neglected my bike and strength and conditioning work because of a busy winter at uni and getting married,” he explained.  “However, I came into the race on the back of some good running results and consequently I’m happy with my podium finish this early in the season.”

“Also, it’s a promising start for next month’s all-important JLL Property Triathlon,” continued the elated Team Intrinsic athlete. “The Eton Dorney event is a highlight of Intrinsic’s competitive calendar and last year the team set some impressive course PBs. The pressure is on to do even better this year, so for that reason we’re all motivated and training hard, and I personally want to improve on my overall eighth place (1:05:57).”

A week before his wedding, Matt won the brutal Maverick Inov-8 Original Somerset (14th April). Billed by event organisers as their toughest original series event, the 22km trail covers open heathland, technical wooded single tracks and hills aplenty. Whilst the route is designed to test the resolve and determination of competitors the Quantocks are Matt’s playground and he conquered the course in 1:44:50.

Matt followed his Maverick victory with a course record at the inaugural parkrun in Street (5th May). “Parkrun was a double celebration for me,” he enthused. “It’s not only a brilliant addition to my hometown, but Intrinsic recently contributed to the first junior parkrun in its own hometown of Eastbourne.”

“Furthermore, participative sport nourishes our mental wellbeing and brings people together so Intrinsic is delighted to invest in running at grassroots level through Eastbourne’s first Junior Parkrun. We love running and are honoured to support our local young people in this way. It’s certainly a win-win investment.”

What better way to kick off the season than in the stunning setting of Stourhead house and lakes, so I was completely made up to find myself on the 2nd step of the podium after a solid all-round race.

I came into the race on the back of some good running results having won the Maverick Inov-8 Quantock Trail 1/2 Marathon 3 weeks previously and set a decent course record at the inaugural Street parkrun. The latter is a brilliant addition to the town which already boasts a thriving fitness community. A big shout-out to Tim Rice, Martin Hooper and all the volunteers who have made this happen. Well Done!

Nevertheless, I’ve neglected my bike and S&C (strength and conditioning) work because of a busy winter at university and getting married, not that I’m complaining about the latter! To be honest I was just hoping to blag a top 5 in this race with my usual tactic of a strong run, so imagine my surprise to exit the beautiful but duck poo-filled lake just behind the main pack. The long hill in transition and my barefoot warrior tendencies played into my hands and consequently I took places all the way up the track. Hence I started the bike in 2nd position and got my newly aero-dynamic chin (RIP epic trail beard) down straight away to begin accelerating.

“some of my favourite racing ever”

But I struck bad luck within the first mile with a dropped chain and enforced stop which allowed 3rd place and eventual winner James Eacott to pass me. Although I was back up and going fairly quickly, James was out of sight which meant a negative mindset began to take hold. I was about halfway into the bike when another athlete passed me and I knew I had to shake off  the negativity: it gave me a real kick up the arse. Thereafter what ensued was some of my favourite racing ever with both of us putting the hammer down to try and shake the other off – it was brilliant fun! I eventually managed to drop them on the last uphill on the way back to transition, but only just: we came into transition about 20 seconds apart and got quickly out onto the 4.5-mile run.

I tried to get going straight away but my legs weren’t playing ball and nor was my stomach. I therefore settled in at a more steady pace for the first mile, during which the 2nd place athlete came into sight so I put all my focus onto passing him, which I managed to do just before halfway. Finally with only a glimpse of the leader over a minute down the road I pushed through the woods all the way to the lake before the final hill took out all I had left in me.

So an awesome race and it’s nice to get a podium this early in the season, which means overall I’m happy with the performance. Plenty to work on but above all it was just what I needed to put a buzz into my bike training.

The plan is to keep things local and kick off my JLL Property Triathlon (29th June) campaign with the Clevedon Aquathlon (3rd June) and the New Forest Off-Road Duathlon (5th June). Both events happen in the next few weeks while I’m writing reports for my end of year uni assignments which will focus on Renewable Energy.

Then my first A-race of the season will be the Eastbourne Triathlon (10th June), possibly followed by the Cardiff Triathlon (24th June) which I’ll use as a leg loosener for the JLL Property Tri at Eton Dorney (29th June). 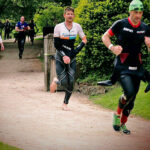 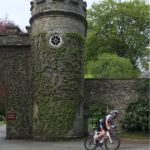 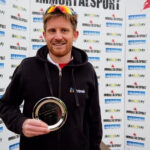 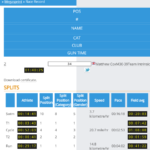 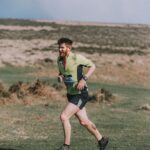 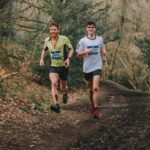 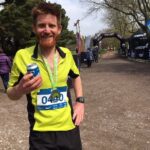 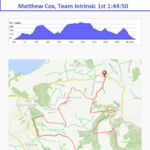 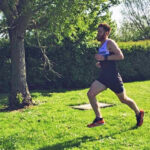 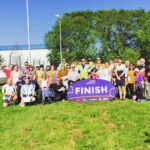